I fancied doing some painting so I had a go at my Tannhauser Natalya figure.

Here is a picture of her before (on the left), alongside the Yula figure for comparison. Natalya looks pretty hulky.

This is what she is supposed to look like:

The current paint job is mainly mono-colour brown with no depth, so as a first step I added some new gold highlights to the components of her gun and backpack. 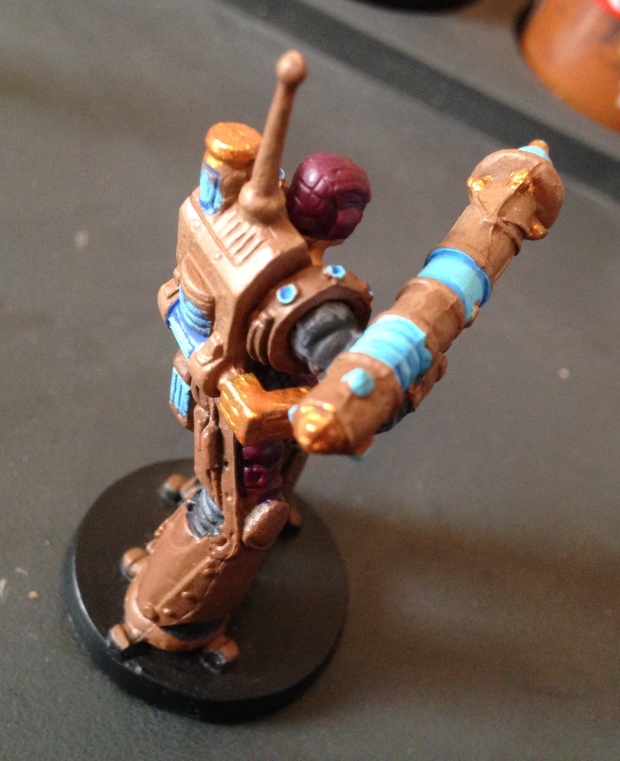 Next I made the hydraulics and servos in her power suit metallic.

Then I added some colour detail to the wires on her gun. It doesn’t matter if any of this stuff is a bit loose, because it gets tightened up when I apply the shading.

Next I added that shading. I used  Gryphonne Sepia for her skin, and Nuln Oil for the suit and gun. The Nuln Oil is great for metallics.

The last step was to go back over and put back the highlights that had been dulled by the ink, such as the gold elements and the blue glow.

Here is the final version. I think she looks cool and tough, even if she doesn’t look like the illustration.