I got the Heirs of Numenor deluxe expansion for the Lord of the Rings Card Game.

This is one of the big-box expansions and is the second of the deluxe expansions, after Khazad-Dum. This one concentrates on the warriors of Gondor, down in the city of Minas Tirith.

Like the other deluxe expansions, it comes with new heroes and three new scenarios. It also is the base for the next cycle of six adventure packs, ‘Against The Shadow’. You need some of the encounter cards from this set to play the scenarios in the adventure packs. 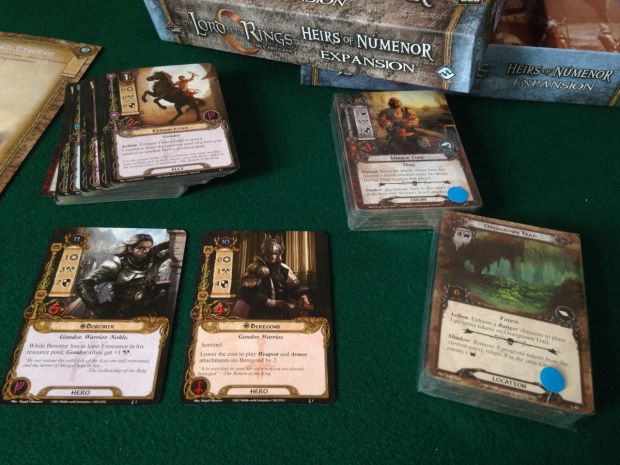 This set also contains a whole bunch of new cards to use in my decks, plus two new cool heroes, Boromir and Beregond. Boromir was Sean Bean in the movie, and Beregond is one of the captains of the Gondor army. 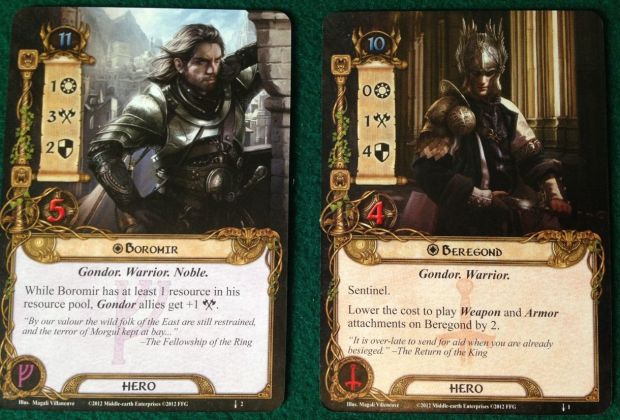 Boromir looks like he could be great in a deck with lots of Gondor soldiers, pumping them all up for attack. Beregond looks like a great blocker, especially with some other boosts to his defence.

The scenarios are apparently quiet hard. I’ll probably wait until I have completed all the adventures in the Dwarrowdelf cycle in Moria.